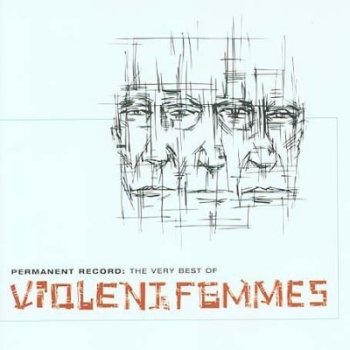 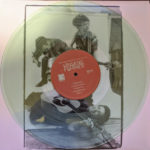 This is some of what i remember from my first night with the violent femmes: the wide, womanly frame and giraffe like neck of Brian Ritchies Acoustic Bass guitar; the bash-and-carry minimalism of Victor Delorenzo’s drum kit- a snare, a metal laundry tub, and not much else-which he attacked, standing up, with the antic joy of Keith Moon; the unexpected menace of vocalist, guitarist, and songwriter Gordon Gano, a few months shy of his 20th birthday and looking even younger, with magnetic, alter-boy features that dramatically contradicted his grubby trench coat and the carnal fire coming through his bright, shivering voice.

The Violent Femmes’ performance at New York’s Folk City in January 1983 was one in a legendary series of weekly underground-noise nights, Music for Dozens, promoted at the old Greenwich Village hootenanny spot from 1982 to 1984 by ex-New York Rocker scribes Michael Hill (Later an A&R man at Warner Bros. Records, For among others, The Replacements) and Ira Kaplan (the future singer-guitarist of Yo La Tengo). I saw many outstanding, usually deafening shows there, for three bucks a pop, by bands including Husker Du, The Dream Syndicate, and the Rain Parade. But even in the first golden age of alternative rock, before the daring implicit in Milwaukee, Wisconsin, in 1981, they tool the cannonball discontent of punk and stripped it back, ditching the guitar-bully volumes so you could hear the haunted stories and stabbing musical details in Ganos songs.

The Femmes were like no other American band of the day. And for the past two decades, they have made records like no one else. This collection, The Femmes in excelsis, is compact proof Actually, Their Folk City gig was a greatest-hits revue in all but the technicalities. The Femmes had already made their now-ionic debut, Violent Femmes, without waiting for a second deal.Thanks to a $10,000 loan from DeLorenzo’s father, the group had recorded ten songs in july 1982 at a studio in Lake Geneva, an Hour’s ride from Milwaukee. Most of that Folk City set was the heart and grit of Violent Femmes, and much of it is here: “Add It Up”: Gano’s subterraznean homesick jitters in “Blister in the sun.” charged by Delorenzo’s door-knock snare and the mariachi boom of Ritchies bass; the skeletal noir of “Gone Daddy Gone,” with Gano’s shattered-nerves guitar break echoing the cutting stutter of Lou Reed’s solos in the Velvet Underground; the runaway despair and climactic “Everything, everything!” charale in “Kiss Off.””We’re avant-garde because we’re so reactionary,”

Ritchie declared in 1983 Rolling Stone interview. “Most music now is formulaic, anti-emotional, decadent bullshit,” he added, taking no prisoners. “We go back to the improvisation, to raw emotions and primitive, old-fashioned sounds. And Gordon’s songs make the whole thing accessible.” As a definition of subversive, you could do no better than Violent Femmes: a record that no commercial, FM-rock station dared to play at the time and which has never appeared on Billboard’s album chart, yet has long since gone platinum selling over a million copies to that hungry disaffected young America under the radar.The Femmes’ whole story is like that: the triumph of invention and improbability, serendipity, and sheer willfulness…well, everything else. Perfect example: In august 1981 the Femmes, unable to get the time of day from Milwaukee club owners, were giving one of notorious open-air shows-busking for change outside a drug store near the Oriental Theater- when guitarist James Honeyman-Scott of The Pretenders passed by. He stopped to listen, then got his boss, Chrissie Hynde. That night, the Femmes played inside the Oriental, as the Pretenders’ opening act. When Ritchie went up to Hynde after the set to say thanks, she told him, “I don’t do it because I’m a nice guy. I did it because you were good.”

They were that good from the beginning. Ritchie, a Milwaukee native whose inspirations went the distance from Syd Barrett to Sun Ra, and DeLorenzo, a student of jazz and ethnic percussion and an actor with the experimental troupe Theater X, were a rhythm section in search of an adventure when Ritchie first connected with Gano in 1979, sharing the bill at a local variety show. Gano the son of a Baptist Minister, was still in
high school, writing advanced pop songs about obsession and mayhem-literate grenades combing the shake and shock of Eddie Cochran and Bob Dylan, Johnny Cash, and J.D, Salinger.”Country Death Song” was one of those marvels, harrowing suicide note about an alcoholic father confessing an unspeakable crime, snug and strummed with the fragrance of antique Appalachia on the Femmes’ second album, 1984’s Hallowed Ground. A highlight of early femmes concerts and heard that way here, from the 1999 live album, Viva Wisconsin, “Country Death Song” was written by Gano during Tenth grade Study Hall. Another of his adolescent gems, :Gimme The Car,” literally started a riot when he played it, with Ritchie, during a national Honor Society ceremony at school. The dirt blues plea for sex and wheels-“C’mon dad, gimme the car tonight/I got this girl i wanna [insert quivering burst of Telecaster here]”-Got Gano expelled from the NHS.

You can understand why from the reading that opens this disc, cut in London for a U.K. B-Side during the femmes’ maiden British tour in the summer of ’83.”My songs portray characters,” Gano told Rolling Stone. “On different nights, I’ll emphasize different aspects of those characters, but at the same time, those characters are always interacting with me.” A few years later, he was less circumspect about the personal history and observations in his songwriting: “Somebody once made some comment about wondering if my songs are more of an emotional diary than a specific literal diary, “He Said, “and I kind of like that definition.”DeLorenzo put it another way in one interview: “What we’re saying is, ‘Here’s romanticism thrown back in your face without frills or $500 costumes. Here’s raw, gut emotion. Can you deal with this?'”Gano asked the same question of himself- and didn’t flinch. A devout Baptist, he had been singing about the hard road to redemption while his peers were fretting about prom dates. But he was becoming more explicit with his faith.

On Hallowed Ground he put his warring facinations with sin and salvation on the table, with striking candor: in the galloping, transgressive “Black girls” (with a squealing sax solo played by John Zorn, in a rae session appearance) and Gano’s jangly country psalm “Jesus walking on
the water,” a high speed bouquet of autoharp and fiddle. Two years later, in the old-school-boogie bounce of “I held Her In My Arms,” on The Blind Leading The Naked,” Gano danced all over the thin grey line between sacred and profane” “Help me lord, help me understand/what it means to be a boy/what it means to be a man.” special bonus: bravado sax by Steve Macay, famous for blowing all over the stooges’ funhouse.

Produced by Jerry Harrison of Talking Heads, The Blind Leading the Naked was the Femmes’ first album to crack Billboards top 100, with help from an attention-getting cover of the 1972 T.Rex single “Children of the Revolution.” Ritchie, a Marc Bolan fan, suggested recording the song; Gano had never heard of it before. “I couldn’t imagine us doing it,” he claimed. “The only way I can sing it is through the idea of sarcasm: ‘You won’t fool the children of the revolution.'” But you could hear the femmes’ own way of doing things, their refusal to knuckle down to convention, in the chorus. The Femmes quickly celebrated their overdue chart success by going on the first of several hiatuses, taking two and three years at a time to pursue solo interests. Delorenzo left for a full nine years in 1993, replaced during that time by Guy Hoffman of the Bodeans.

Yet separation has always made the Femmes fresher and stronger together – and, if you can imagine it, stranger. “color Me Once,” salvaged here from the soundtrack to the Gothic-action film The Crow, is unlike anything else in the Femmes library: a wounded crawl, soaked in rainy-day-keyboard atmosphere. They’ve never strayed far, though, from the radical integrity of the sound and fury I saw at Folk City and on many nights after that: the restless energy and unholy craving in “Nightmares” (3 1989); the jubilant mutiny in “American Music” (Why Do Birds Sing?, 1991); the mix of fireplace crackle and electro-flavored stomp on “Breakin’ Up”(new Times 1994).Then there’s “I Danced,” Gano’s tribute to his own precocity from 1995’s Rock!!!!! (Originally issued only in Australia). The song is barely over two minutes long. But in that quick window the femmes demonstrate again that in rock ‘n’ roll, electricity is not just about amps and wires – and the best success is survival on your own terms. Many years after the Femmes’ fateful encounter with the Pretenders in 1981, Ritchie ran into Chrissie Hynde when the two bands shared the bill at a radio-station concert. “Oh,”she remarked, “Your still around.” I’m not surprised. These are 16 reasons why. Add ’em up.
-David Fricke