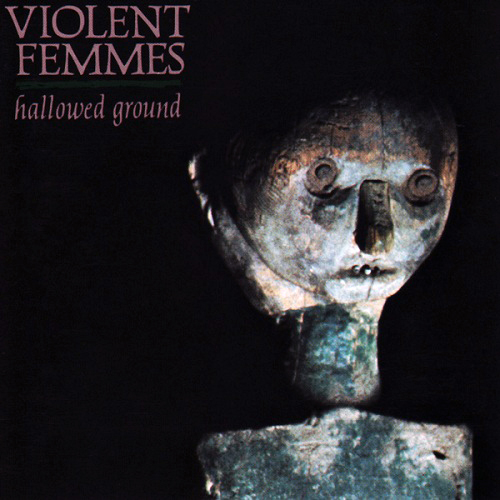 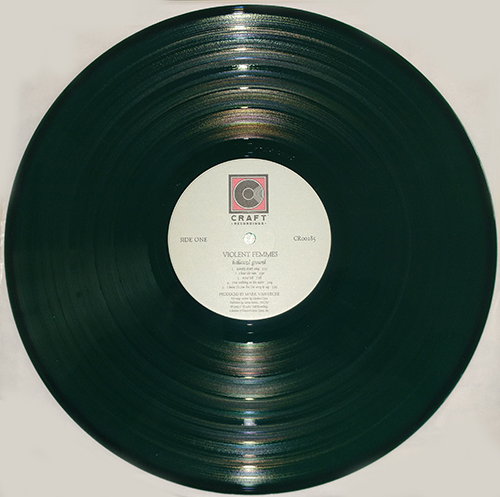 The second album from one of the ’80’s most eclectic and innovative young bands, 1984’s Hallow Ground highlights music that is, at the same time, muscular, minimalist and mysterious. It’s a sound that has made Milwaukee-based trio Violent Femmes a pioneering force in modern music’s expressive potential.

Formed in early 1982 on the thriving Milwaukee music scene, Violent Femmes was fashioned around the formidable singing, songwriting and multi-instrumental talents of Gordon Gano. Joined by bassist Brian Ritchie and percussionist Victor De Lorenzo, the trio garnered a feverent local following before recording their self-titled debut album on Slash Records in 1983.

The LP received wide spread critical acclaim, with critics comparing the group and their music to,variously, the Sex Pistols, Velvet Underground, Modern Lovers and, in a literary vein, the writings of William Faulkner. Violent Femme’s liberating blend of ’50s doo-wop, garage band fundamentals, folk simplicity and kinetic rockability rhythms led one rock scribe to remark, “Their music is fraught, oddly touching, often excruciatingly funny, with a dense black humor a cut and slash above virtually everything else.” “Clearly unlike any other known band on the contemporary music scene,” exclaimed another.

Violent Femmes proved the critics right on a coast-to-coast club tour late that year. The returned to the studios in early ’84 with producer Mark Van Hecke to begin work on a follow-up. The result is Hallowed Ground, an edgy, engaging and utterly original collection of nine Gano originals, including such standout cuts as “Country Death Song,” “Jesus Walking on the Water,” “Black Girls” and the title cut. While the trio itself plays an extraordinary variety of instruments ranging from fiddle to Jew’s harp to something called a tranceaphone, the sound of Hallowed Ground is further enhanced by the four-piece Horns Of Dilemma as well as special guests Tony Trischka (banjo), Christina Houghton (autoharp) and the backing vocals of Peter Balestrieri and Cynthia Gano Lewis.

Thanks to our friends who have supported us, lent us instruments and given us a place to sleep.
Special Thanks to peter, Michael de Mark and Robert “Mr. new wave” munger. goodbye Jim Spincer

The music on this Compact Disc was originally recorded on analog equipment. We have attempted to preserve, as closely as possible, the sound of the original recording. Because of its high resolution, however, the Compact Disc can reveal limitations of the source tape.