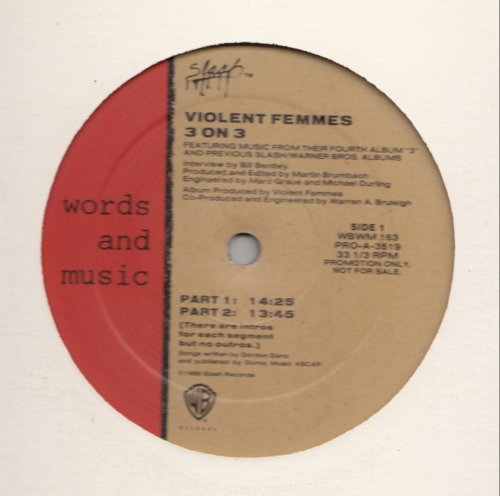 An Hour of Conversation and music from their fourth Album 3 and previous Slash/Warner Bros. Albums
Words & Music #163

Album produced by Violent Femmes
Co-produced and engineered by Warren A. Bruleigh
(There are intros for each segment but no outros.)
Songs written by Gordon Gano and publishing by Gorno Music ASCAP